Sorry for the long hiatus, this week has been insanely busy! My parents are away on vacation in Hawaii (I know right…whatever happened to taking your kids on vacation with you?), and so I’ve been running the roost in terms of taking care of my cat Blake and my 16 year old brother Andrew.

It’s a toss up who is more in need, honestly. I’m pretty sure if left to his own devices, Blake would find a way to get himself fed and watered. Andrew? Not so sure….;)

With my parents being gone for over a week, I got a really good taste of what it will be like to run my own house. I like to think that I share in a lot of the responsibilities around my house already, but when it really is just you and you alone, you realize how much you start to take for granted things like taking out the garbage, going grocery shopping, planning meals, re-filling the toilet paper, picking up the mail…all of that stuff takes time! And this week, it certainly took time away from triathlon training.

My last “triathlon workout” was a killer run last Friday night. Pay attention folks, I won’t often describe one of my workouts as a “success” (I tend to pick apart things even when on the whole it was pretty decent), but this one was a good one.

Let me set the stage a bit for you by giving you the context for this run. It’s Friday night. I get home from work around 5 with the idea of ordering pizza for my brother and his gaggle of high school friends that have moved in and totally over-populated our house. I’ve always said that when I have kids one day, they won’t even know what fast food is. I’ll make all of their meals, teach them about nutrition and make sure that they grow up eating a nutritious, balanced diet. 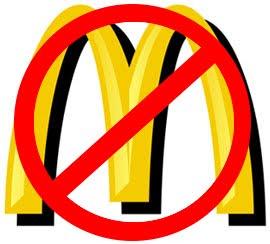 Isn’t it funny how fast all of that goes to hell when you just need to get the little buggers fed so you can get on to the next thing you have to do?

So anyways, Andrew informs me “Yo, we need the pizza here by 6, we gotta get to a movie and will DEFINITLEY need to leave by 6:15”. (That was my best Andrew impression). He then disappeared down the stairs again into the abyss that is our basement into the group of rowdy 16 year olds.

Looking at my watch, I quickly deciphered that we were going to have a problem. I needed to get a 40 minute run in, and it was already 5:10. Pizza takes about 40 minutes to arrive…so if there was any hope of me getting back in time to answer the door for the pizza guy, I needed to move it. After placing the order, I got changed in lightning speed and entered the fray to deliver a very important message to Andrew in the basement.

Answer the doorbell when it rings, or die.

With that settled, I finally got out the door and on my way.

Tell me if you relate, but I can tell within the first 20 steps or so how my run is going to go. I’m either fighting it, or I’m rocking it.  I could tell even sooner on Friday night. Within 5 or 6 strides I knew that for whatever reason, I just “had it”.

I was listening to my iPod. I can’t quite bring myself to let go of it just yet, but I’m working on it. During this run, I forced myself to listen to an entire song and not switch it before the song was over. I have a bit of “Song ADD” and usually get bored of them pretty quickly. Usually I just skip ahead to the next song halfway through and carry on. The whole purpose of making myself listen to the entire song was for about 4 seconds: the 4 second gap in between songs on my iPod. Usually as each song ends (if I even make it to that point), I immediately skip ahead, like I’m in a panic to get something else in my ears before that silence takes over. On Friday I approached it a bit differently, and just let that 4 seconds linger.

Would you think I’m crazy if I told you I actually started looking forward to the 4 second gap in between songs? The girl who wrote a Haiku about not being able to run without her iPod…who woulda though!

Anyways, I still have a long way to go on the whole learning to run without music front, but I’m taking Friday night as a huge victory. Maybe I’ll do a few minutes entirely without it the next time.

Towards the end of my run, I started to get conscious of time, and the impending arrival of the pizza delivery guy. For some reason, I got it in my head that I had to beat that pizza delivery guy to my house, or something TERRIBLE was going to happen. I so did not trust Andrew to hear that door down in the basement. My watch said 5:55 and I had a feeling the pizza would arrive at 6:00. I had a little over a kilometer to go. So I did what any serious, Half Ironman athlete on a regimented training plan would have done.

I sprinted the last kilometer as fast as I could so that I could try to beat the pizza delivery guy back to my house.

When I finally got to my house, I was gasping for air, heart beating out of my chest, and had an acute pain in my stomach that I attributed to the fact that in all of the chaos before my run, I hadn’t had a chance to eat anything, and hadn’t since lunch!

I burst up the stairs and into my house, only to find Matt had arrived on the scene and was running the show, doling out pizza, plates and drinks to the ever-growing group of 16 year olds in the kitchen. My love for him had never been stronger.

I hadn’t beaten the pizza guy. But he had.

With one crisis out of the way, I turned my attention to the second crisis, which was my stomach moaning in protest that I hadn’t fed it since noon and had just ran 6.5km. I literally started devouring the pizza while I was still breathing hard from my run. I then felt totally sick for about an hour, and then life carried on. The pizza guy had forgotten our Chicken Bites, so I ended up getting to meet the nice young man that I had raced to my house when he came back to drop those off about half an hour later anyways. A worthy opponent indeed.

3) Never try to race your pizza delivery guy to your house. The car will always win. Always.

All in all – a solid Friday night run and I’m giving it a huge thumbs up in the ‘ol training log.

It’s going to be an exciting week here on Going The Distance! I’ve got a huge event coming up at the gym on Saturday to tell you all about, I’m going to be kicking off a brand new mini-series and I’m attending my first 6am RPM class tomorrow morning!!

Tell me before you go, what’s in-store for you this week? Any exciting workouts or plans for this weekend?!

Have a terrific Wednesday afternoon!

6 thoughts on “The Epic Race”