I’m extra pumped this week because…..I’M ON VACATION!!! WAHOO!!!! I’m not going anywhere or really doing much of anything in particular this week, but I had some extra vacation days banked and our company policy is “use ’em or lose ’em”, so use ’em I shall.

I’m so used to going at mach speed all the time that I sometimes find it very weird and unsettling to just slow down. Yesterday I spent most of the day lounging around and it was so unnerving. I think I’ve gotten so used to mach speed that it’s not even really “mach speed” anymore. It’s just my speed 🙂 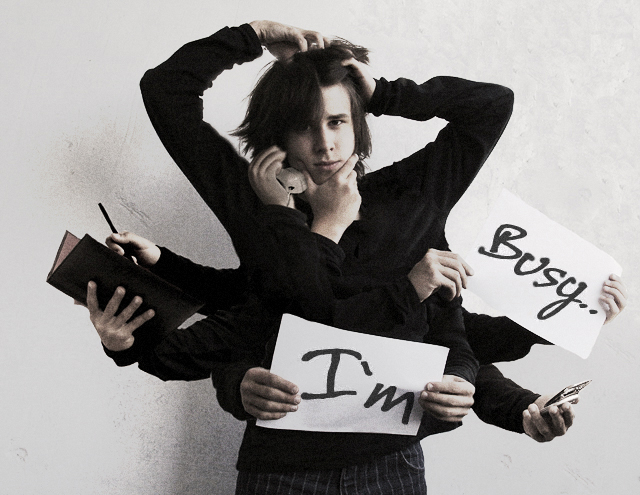 That being said, I don’t plan to spend much time lounging around this week! I have huge hopes this week for my triathlon training, I’m hoping to make some good progress on my November training goal of doing two RPM classes a week and get a couple of extra swims and runs in as well.

After going to bed at 9:45pm…(moment to appreciate THAT please; I don’t think I’ve gone to bed before 10pm since I was 5!!), I was ready to rock and roll this morning for RPM class at 9:30am.

My timing is kind of terrible with this whole thing, I should really have done a “Spotlight on RPM” post to give you a better idea of what the class is all about! Here’s the quick description from the Les Mills website:

RPM™ is the indoor cycling workout where you ride to the rhythm of powerful music. Take on the terrain with your inspiring team coach who leads the pack through hills, flats, mountain peaks, time trials, and interval training. Discover your athlete within – sweat and burn to reach your endorphin high.

Think sweating from your kneecaps. Yea.

My mom came along with me for class this morning, and we were running late. Anyone who’s ever driven in a car with me when I’m running late for something…..I truly truly apologize. I’m a bit of a looney tune. Anyways, after a bit of mild stress, we made it to class, and sprinted across the parking lot to get in and on the bike in time.

I should have known I was in trouble when I was gasping for air at the doors to the gym.

So some joker decided it would be hilarious to put the cycling studio in this gym at the top of this enormous, steep set of stairs that make your legs weep before you’ve even gotten onto the bike (and don’t even get me started on walking down the stairs AFTER your done), so up the stairs we went, and got there just as the instructor was introducing herself.

My first observation is that I seriously, seriously need a lesson in how to set up my bike. I know that the saddle should be at about your hip height when your standing at the floor, but I have zero clue where the handle bars should be in relation to your torso, how far away, how high…I’m really just guessing. I find it very uncomfortable to have the handlebars too low so that when you lean forward all of your body weight is basically over your upper body. I think I had kind of messed up my seat position too because it was tilted forward slightly so that it was almost tipping me forward out of the saddle!!

What a comedy of errors.

We got started on RPM Release # 56. This is the “new music” or the new choreography that is released every quarter in all Les Mills International programs. I had heard that RPM 56 was a killer release, and I had actually done the class at the Can Fit Pro conference back in the summer with Glen Ostergaard (the RPM program director from New Zealand) and our Canadian National Trainer for RPM Rene, but truth be told, my body was kind of numb at Can Fit, and I don’t think I fully experienced the workout the way it was intended!

I was sweating through the warmup. And I don’t mean a delicate trickle of sweat. I mean pouring off of your nose sweat.

Seriously, what is with the abundance of sweating!??!?

The first two tracks in an RPM class are warm up tracks to get your “base resistance” on the bike, get your legs spinning and to get on the beat. Or in my case, your working somewhere close to your max, gasping for air and sweating like you’ve just worked out in a sauna. After Track 2, the hammer goes down, and it doesn’t let up until the end of the class.

Track 3 is a hill climb, so you’re up and out of the saddle lots. My observation from my first “training RPM” class is that when I’m standing up, I’m able to take quite a lot of resistance, stay on the tempo and kind of “suck it up” even though it’s hard work. Seated climbs? Forget it. I won’t lie, it is a little bit frustrating that after doing approximately 1,000,000 squats and lunges every week for the last 6 years, my legs still feel shaky and weak on the bike when I’m seated. I know, I know, different muscle groups…..but still. You think that all of that leg work is good for something?!

Anyways, just as I was starting to feel a bit frustrated with myself, we ran full speed into the Interval Training Track. And then my brain turned off and I stopped feeling anything.

Good on ya for picking this song for the Interval track Glen. Holy crap.

Music is so powerful. Honestly. There is no way on earth I would have been able to push so hard in that track without this insane song. Our instructor was absolutely fabulous as well. Anyone who can keep their composure enough to talk through exercise like this is just a super human to me. She was also really good at getting her head up, looking at what was happening in her class and speaking directly to her participants, connecting with them, telling them what they needed to do to make it through. At one point, she locked eyes with me as if I was the only person in the room, and said “turn that dial up, you can do more”.

From one instructor to another – mad respect girl. You freakin’ killed it.

So we finished the interval track completely smashed and then went through a couple more hill/mountain climb  and racing tracks, and just like that it was over.

Remember those damn stairs that I told you about? Yea. Not so fun walking down them after a workout like that.

I think #1 lesson that I learned from my first RPM class of training is to BRING A TOWEL!!! Wowza…I didn’t think it was possible for a human to sweat as much as I did in a 60 minute class!! I could probably also use a better water bottle, one without a screw-off top would be nice. I’ll be interested to track my improvements over the coming month with getting out to at least 2 classes a week.

Any thoughts on how an indoor spinning class translates into biking on the road? Similar? Not so much? Ever had an AMAZING spinning instructor that was really able to connect with you?

4 thoughts on “Push The Tempo”