But it is Friday!

I’ve got a crazy weekend planned. Matt’s mom is in town tonight, so we’re going to head downtown and visit with her, as well as Matt’s brother Neil and girlfriend Jessica, and then tomorrow night Neil, Jess, Matt and I are going to Halloween Haunt at Canada’s Wonderland for some ghoulish fun.

Side Note: Haunted houses scare the bajesus out of me. This might be interesting.

On Sunday, my Dad is finally going to be getting his birthday present from me (his birthday was in January…don’t even ask)…and we are going to do a two hour lesson in a commercial jet flight simulator!

Oh yea, and in between all of that stuff, I’m teaching 4 classes and attending an assessment taping as well. Eeks.

I’ll report more on all of the weekend happenings on Monday, but for now, it’s time for the third post in my Les Mills International Series!

If you missed the first two posts in the series, catch the first introductory post here and Spotlight on BodyAttack here.

You know, it’s kind of funny how things work out sometimes. It was January of 2007, and I knew that I wanted to become an instructor. But at that time, BodyAttack had taken over my soul become so important to me that I could only imagine teaching that program. I attended BodyStep regularly, and absolutely loved the program, but never really thought about the possibility of me one day teaching it.

When I first approached someone about going for BodyAttack training (remember that at this time, I was a chubby 18 year old that was quiet as a mouse and still wanted to be invisible), I was told “No”.

BodyAttack was fairly new at that time, and it just wasn’t good practice to send a brand new instructor (who was really still a child) who had never taught fitness in their life before for training. I didn’t understand this at the time, but I am now very grateful to that person for saying “No” to me at that time. They set me up for success when I did finally get the “Yes” in 2008.

It was this fateful turn of events that led me to BodyStep! Truth be told, they were a little bit reluctant to put me through BodyStep instructor training as well (for the same reasons as Attack). I was put on a waiting list for training, and was told that most likely I would have to wait a bit, work on my fitness level and try to get into the next training weekend (about 6 months down the line).

I was majorly bummed.

As the training weekend drew closer, I had given up completely on the idea of getting in. I made plans for that weekend to distract myself and get my mind off of it, and resigned myself that I would work hard and prove myself for the next round.

24 hours before training was scheduled to begin, I got a phone call. Someone had broken their foot, and I was in.

And that’s where it all began!

BodyStep will always be “my baby” and have a special place in my heart. It was the first fitness class I ever taught, the program that developed me from this invisible, shy, quiet little mouse into who I am today. I owe so much to BodyStep. Too much to put into words on a screen.

But enough about me. Let me tell you what this awesome program is all about!

BODYSTEP™ is the energizing step workout that makes you feel liberated and alive. Using a height-adjustable step and simple movements on, over and around the step you get huge motivation from sing-a-long music and approachable instructors. Cardio blocks push fat burning systems into high gear followed by muscle conditioning tracks that shape and tone your body. Like all the LES MILLS™ programs, a new BODYSTEP™ class is released every three months with new music and choreography.

BodyStep is essentially a “step class”.

But this ain’t yo mama’s step class from the 80’s. 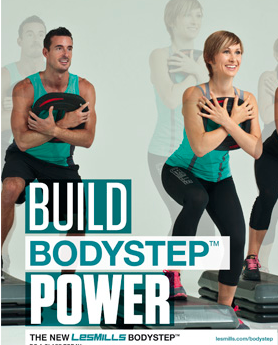 BodyStep is totally badass. It’s a very athletic class that uses a combination of cardio, endurance and strength based moves and choreography on and around the height adjustable bench. All of the moves are choreographed to awesome music (as all of the Les Mills programs are).

Some typical moves that you’ll see in just about every BodyStep class include:

Plus lots of fancier named moves like the “Jump Knee Repeater” or the “Moonwalk” that I won’t bog you down too much with! 😉

What makes BodyStep a little bit different then BodyAttack (although they share a similar intensity and penchant for hard work and sweat), is that BodyStep is really meant to be FUN! 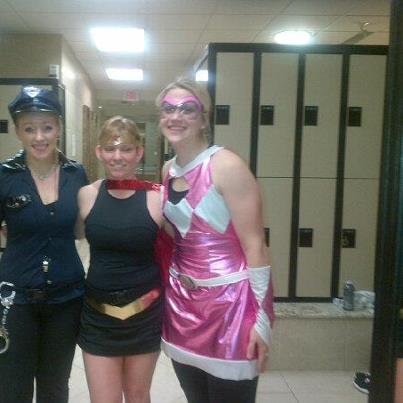 Don’t get me wrong, Attack is tons of fun too, but BodyStep has baked it right into their mission statement and their program formula.

That means that while you’re busting your butt doing all of those hardcore moves on and around the step, there are lots of fun little bit of flare thrown in that encourage participants to just relax a bit, not take themselves too too seriously, and have a great time while they workout.

That being said, in the last year or so, BodyStep has taken a huge step forward to becoming a much much more athletic program! We now have the option to teach our BodyStep classes in the traditional 70/30 format, OR to up the ante and teach the class in the Athletic format, which basically replaces some of the more “fun” tracks with even more gritty, hard working, “jump squat until you want to puke” tracks.

Don’t let me convince you though, take a look for yourself! 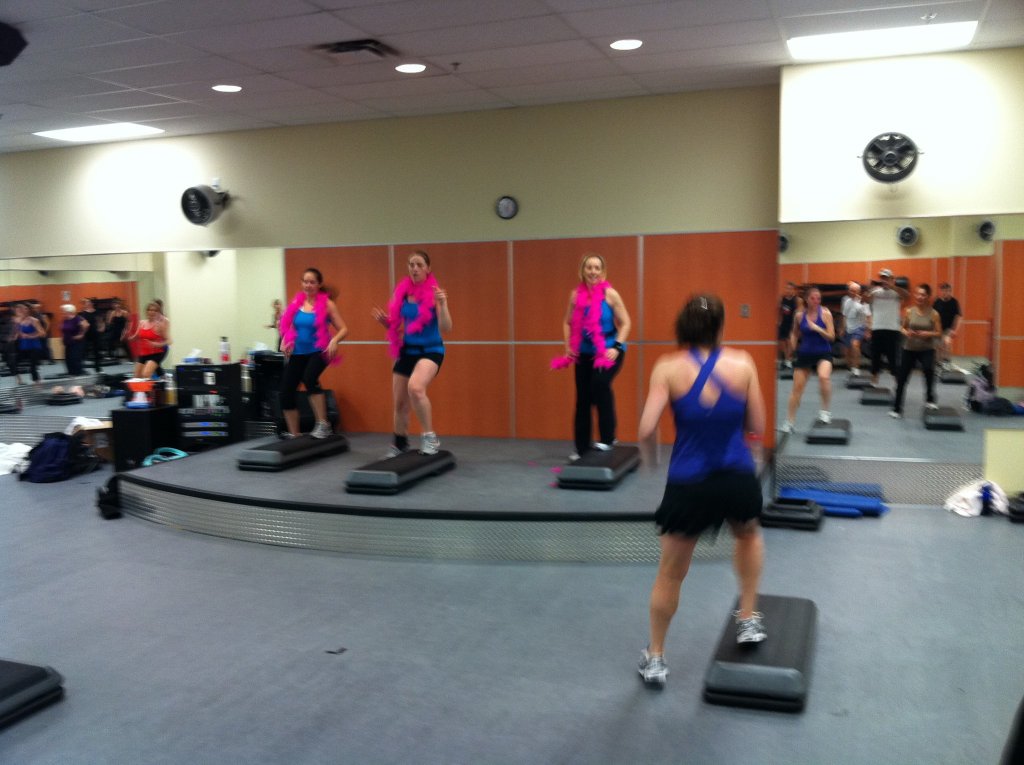 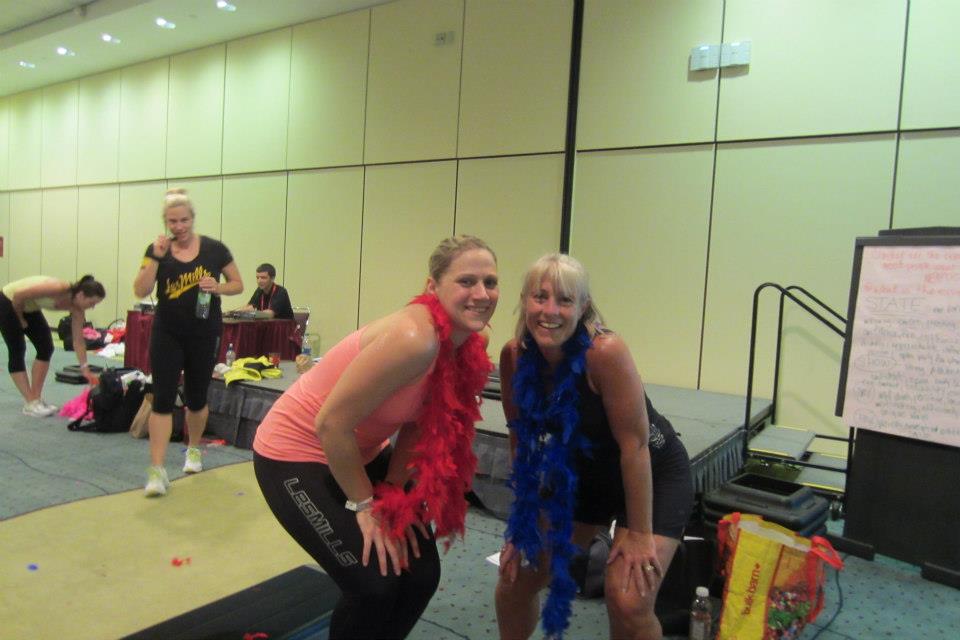 If you’re dying to get out to BodyStep, let me know and I’ll hook you up with some free class passes!! Enjoy your weekend and I’ll see you back here on Monday!!